I met Doug a few years back. He dropped by the studio and took a couple Virgil Guitars for a spin, including the Dogwood guitar which was up for sale at the time, but nothing really hit Doug at the time. Fast forward the tape and Doug decided to go for a custom build and it was to be a single-cut Virgil with a theme that has been an inspiration to him for years - WW2 aircraft! Doug had me inlay a P-51 Mustang into the fingerboard and he provided me with a sterling silver $50 coin that I inlaid in between the pickups. One day I was perusing a stack of wood that was hiding in the back of one of my wood supplier's warehouse and what I thought had been a shack of Mahogany, ended up having a diamond in the rough - a species of wood I had never heard of before called "Cerejeira" which comes from South America. I had my guy Gabriel run it through the planer and I got a bif waft of "sandlewood incense" - it really smelled like incense from the 70's! Anyways, that piece of wood somehow ended up being the carved-top on Doug's guitar. In the end, this guitar ended up hitting the record for the lowest-weight guitars I have build, ending up at a mere 6.3 lbs! Imagine if I chambered it! The tone from this guitar is nothing short of amazing and Doug seemed pretty excited when he plugged it in for the first time the other day. I haven't seen him since, but I did hear that his neighbors weren't too happy with him the night he brought that little gem home! 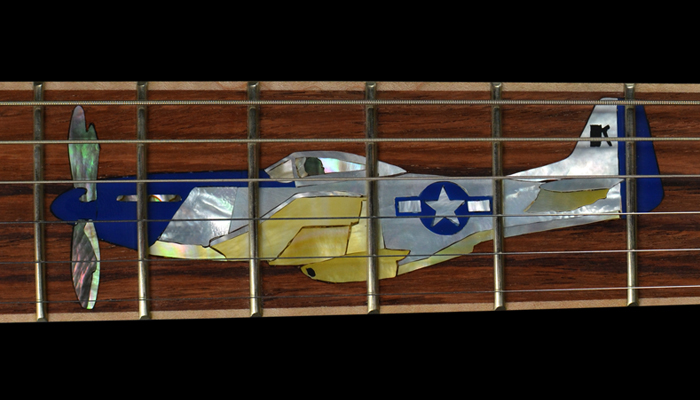 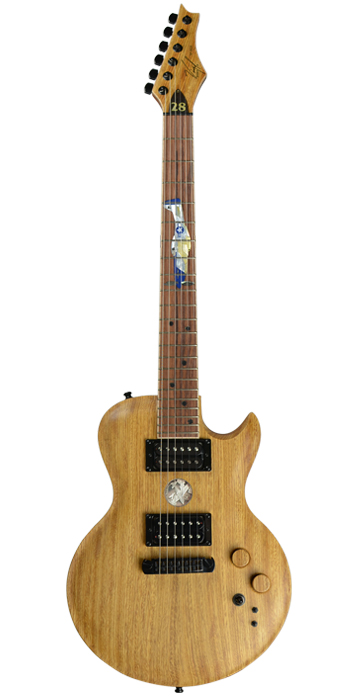